On my journey to creating my animated Premier League table in my previous post, I noticed a lot of examples for creating gifs using the magick package. The gist behind the majority of these examples was to create a sequence of snapshots which could be combined together to create animations. Whilst not quite as seamless as gganimate, it appears to be much more versatile.

So I thought I would try and make one. I had a number of ideas, but eventually I stumbled across a FOI request that contained a great dataset containing the population demographics of the UK going back to 1970.

A classic way to visualise this data is by using a population pyramid and my idea of a twist was to add an extra dimension and animate this pyramid over time.

Now we have all the tools needed. As the data was in a stats publication, it was fairly computer unfriendly, so a fair amount of data wrangling was required. I decided to use the Single Year of Age (SYOA) dataset for the UK 1970 - 2015. This gave a good chunky dataset to work with and yet still covers the entire UK.

Now we have a nice tidy dataset of UK population demographics over the past 30 years. Next we need to create a population pyramid from our data. Google gave me plenty of examples to follow but I found this one particularly helpful.

However my first attempt didn’t go so well… 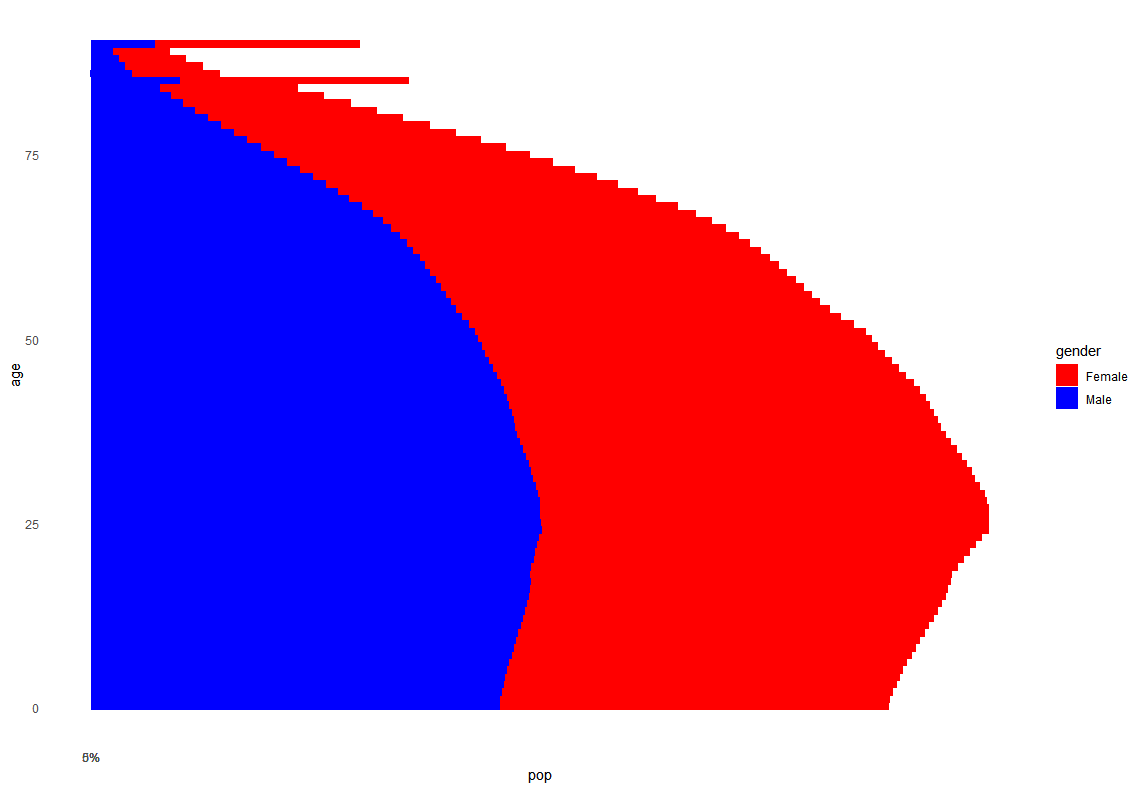 I finally got there however 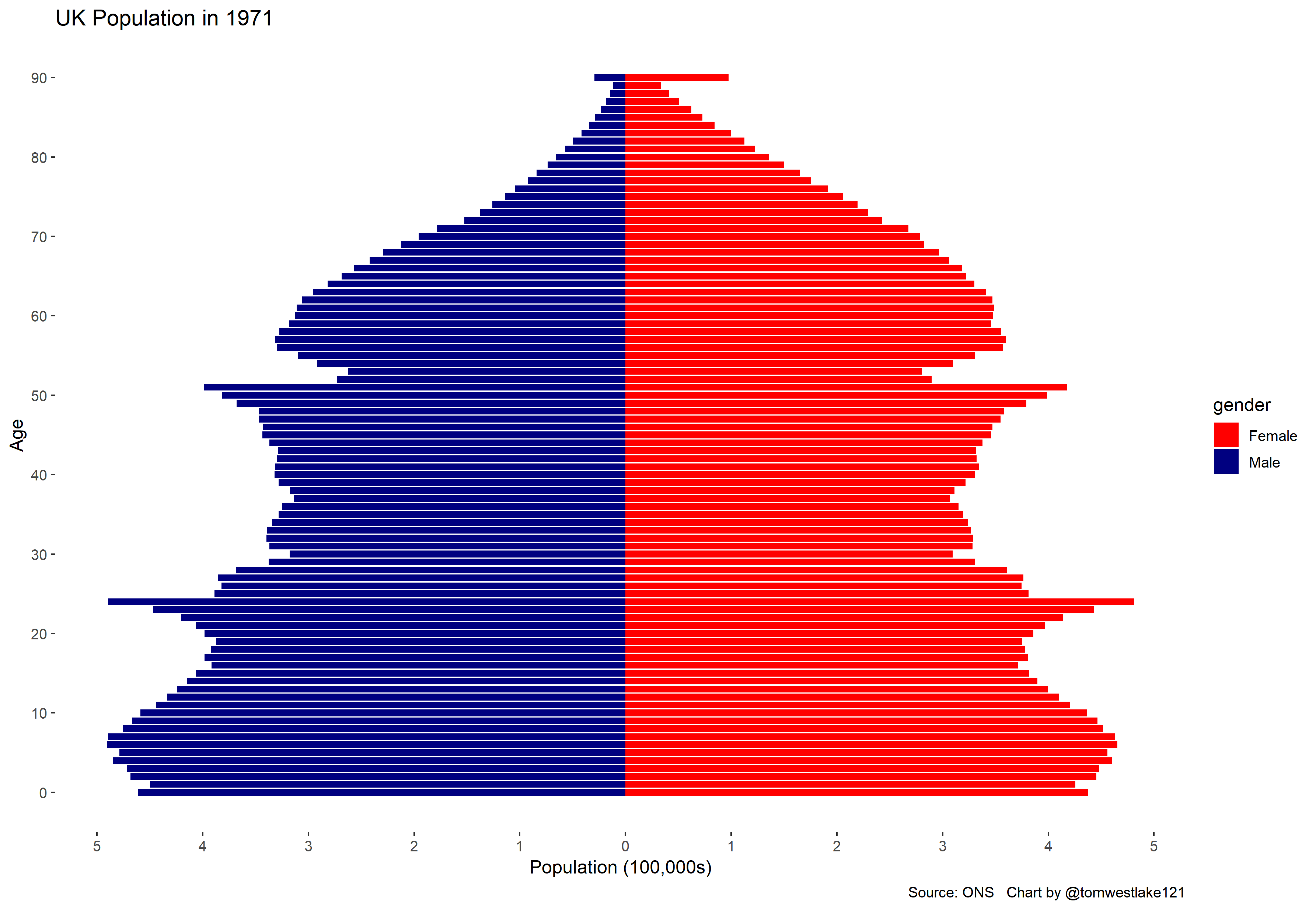 After this it was simply a matter of turning this plot code into a function and adding the necessary magick parts! I followed the example found within the magick introduction vignettes, within the animation section

So I must admit, I don’t quite understand all the theory behind this technique yet. But hey it works, its magic! So somehow R knows after I call the image_graph function to remember all the plots I make and then piece them together in order. You then call image_animate which formulates the gif and then save it using image_write when I’m making plots and seems to save them and then. Pretty cool huh. Anyway so you can see the code I used below.

And the final product:

In conclusion, after I got my head around the magic happening and just accepted it, it followed quite a logical process. I particularly like how easy it was to alter parameters such as fps, resolution and the dimensions. These will obviously exist within the gganimate package, I just need to spend more time familiarising myself with the lexicon.

P.S. The keen-eyed among you will notice a weird data anomaly in the 1980s, for the 80-90 age group. This was because the data stopped at 85 years of age within this time period and I fudged a correction into the data to make the animation appear more seamless. The actual animation should look like below, but I found this to be quite jarring: